Convincing Case Studies For Your Consideration.

From reducing costs to combating theft, we’ve been helping our customers improve their business for over 20 years. Here are some of their stories.
‍

Pete Murphy runs his business, Murphy’s Contractors Equipment, with an open mind and a good sense of humor. But when one of his rental customers called first thing in the morning asking, “Why did you pick up that Bobcat last night? I still need it”, Pete knew this was no joking matter. He sat down at his computer and pinpointed his machine’s location via the hidden Titan Equipment Monitoring System unit installed on it.

Sure enough, it was well off the jobsite and in southside Chicago. Pete called the DPL Telematics support line, and was instructed to remotely disable the machine from starting and call the police immediately. With a click of his computer mouse, he shut down his stolen machine from miles away. The police responded to the location he gave them, and found evidence of a very calculating, knowledgeable thief at work.

Putting You In Control

By immobilizing his Bobcat S250 remotely, Pete had thwarted the crook and his attempt to transfer the skid loader to its final location. Inspection of the stolen machine showed that one of the headlights had been removed so the wiring from the ignition (which runs just behind it) could be accessed. The thief had attempted this hotwiring in response to the remote shutdown, and still was unable to get the machine running once the Titan had disabled it.

Half the company decals and identifying marks had been stripped off the Bobcat, and the ground was littered with decals from a number of other machines. Clearly, this yard was a staging area for stolen equipment being moved out of the state. Though the thief was not at the scene, he had left his gym bag with some clothes, his wallet, identification and a ticket to Memphis in it where a buyer was already in place. A later theft report Indicated that another machine, from a different rental house, was Also stolen off the same job the previous night as well – most likely by the same thief.

Stolen equipment is often moved to their buyers or out of the country within a few days, so slowing them down significantly increases the chances of recovery. The police suspect that when Pete’s machine did not start, the thieves quickly abandoned it and left the staging yard with their other stolen machine instead.

The logic is sound – why would a criminal want to be kept at the scene of a crime when they could walk away with half the goods and a significantly lesser chance of being caught? By locking down his machine remotely, Pete threw a wrench into the crooks’ “quick getaway” and saved his stolen Bobcat from being transported further.

George, VP of Operations for NTI, has over 75 trucks on the road anywhere across the mid-Atlantic on any given day. “The trucks used to go out in the morning, come back at the end of the day, and we’d have a time card to pay. Some vehicles went home with the drivers and others came back to the yard. We really had no grasp on what our drivers were really doing.” All that changed when he implemented a fleet wide installation of the Skyhawk Vehicle Tracking System.

The units, antenna and wiring were all installed inside the dashboard to keep from being found and tampered with. Before he informed the drivers of the system, George first wanted to see what was really going on in the field. “I was shocked’, he recalls. “We had guys going to the gym in the middle of the day, taking two hour lunches, going home multiple times and even frequenting bars – all on the clock. Speeds were outrageous, into the high 80s and low 90s, with our company logo prominently displayed right on the side of the truck. We even found excessive idling where supervisors were sitting or napping in their truck with the air conditioning on while the crews worked outside”.

To curb the speeding excesses, George had the Skyhawk set to call his cell phone anytime a driver went over 73 MPH. As soon as he got a speeding notification, he called the driver and told them to slow down “since somebody just called the 800 number on the truck and reported the speeding”. When verifying timecards, George made a startling discovery. “We had a group of drivers who would routinely start their trucks in the yard every morning, clock in and drink coffee inside for a half hour while the vehicles idled outside”, he said. “We were paying them to drink coffee and burn fuel on those trucks”.

The last change NTI instituted with their Skyhawks was the establishment of a curfew on all their trucks. Since the vehicles were not to be used for personal errands, all trucks had to be back in the yard or at the drivers house by 8 PM. At that time, the Skyhawks locked the trucks out from starting and called George if somebody tried to start or move it until 4 AM when the curfew lifted. “We actually had a driver go to a bar on Friday night until about 2 AM and try to get back in his truck and drive home. It wouldn’t start so he took a cab. If he had tried to drive and got in a wreck, then the victims could have come after us with a lawsuit. It is a huge liability reduction measure”, confirms George. 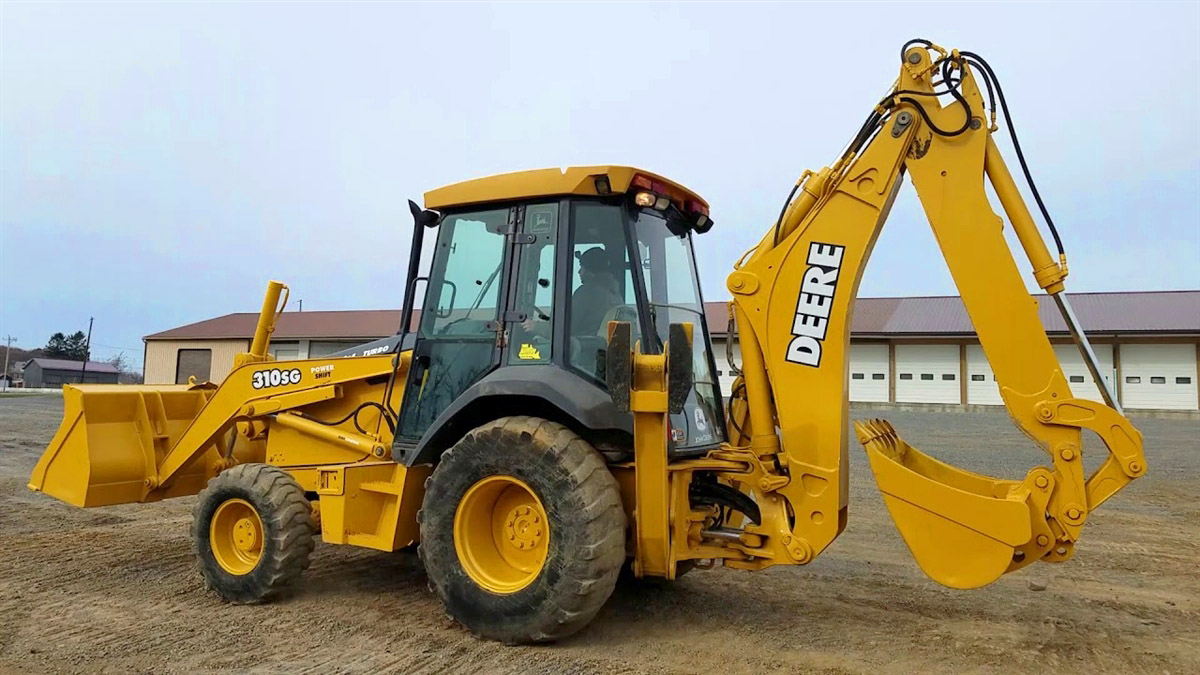 At 10:00 PM under the protection of night, three thieves crept into a quiet jobsite off US Highway 550. When their target, a John Deere 310SG, didn’t start they suspected a master disconnect switch was the cause. They immediately left the jobsite for cables to wire around the disconnect switch. Upon their return they wired across the battery, got the backhoe running and began driving it down the street with their white GMC truck close behind. Before they even got a mile from the site, several police cruisers performed a felony stop on the backhoe/truck tandem and caught the vandals red handed. By the time owner Bill Joiner arrived on the scene, the three thieves were handcuffed and lying on the ground.

The TITAN protects your equipment in three powerful layers: proactive prevention, real time notification and GPS for location. The first level of defense, proactive prevention, thwarts the thievesat the scene and stalls their theft attempt. At the same time, a real time notification silently calls for help and provides the GPS location. This unique approach not only catches the criminals in the act, but significantly reduces the risk of damage to your machine.

In the case of the attempted Joiner heist, the TITAN’s proactive disable feature extended a routine 20-minute theft into an hour and a half effort. During that entire extended process and unknown to the vandals, a number of silent alarmscontinually alerted Joiner employees and the police. The TITAN’s GPS location even pinpointed the machine on a street level map, making it easy for the authorities to find the criminals.

“Now I focus on running my company instead of worrying about whether or not my equipment will be around in the morning. The TITAN gives me that peace of mind.”
-Bill Joiner, owner of Joiner Construction

Leave It To The Pros

A search of the white GMC truck uncovered a cluster of universal keys for nearly every machine make as well as other burglary tools. As it turned out, the truck itself was also stolen property. A scan of the backhoe revealed that the thieves had painted over all Joiner Construction identifying marks and decals.

The major players in the $1 billion equipment theft market are organized crime rings, and the Joiner thieves were no exception. Fortunately, the ringleader was one of the vandals apprehended in the attempted robbery and all three men face serious criminal charges.As evidenced by this bust, professionals are very selective in the equipment they target as well as very exact and calculating in their methods. It is these specific methods for which the TITAN Anti-Theft System monitors and counteracts. 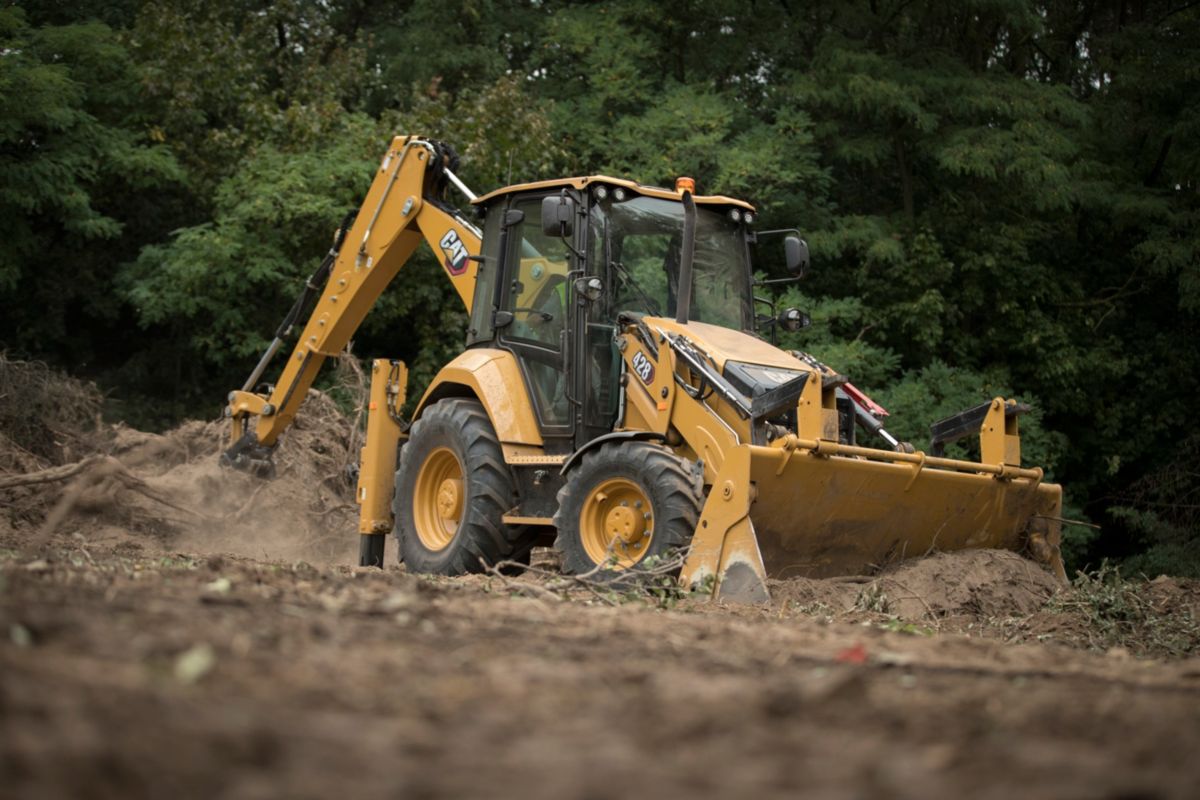 An unusually hot year…for theft. DPL Telematics starts 2010 by going 12 for 12 in recoveries

An urgent advisory for our customers and prospects:

APRIL:
04/26/10 – Backhoe stolen and recovered for customer in Mississippi

April 25, 2010 – We have seen an unprecedented flurry of theft activity recently: 2 theft recoveries in the past 7 days, bringing the tally to 3 in the last 3 weeks. Reports of active crime rings are coming in from across the country, and they are targeting construction equipment as well as trucks

The unfortunate reality is that if you are an equipment or truck owner, then you have a theft problem – even if you never had anything stolen in the past.

This is the most intense theft activity we have seen in almost ten years, and can only imagine how much else is actually going on outside our customer base. We strongly urge you to be on guard and doubly careful this season.

For the fourth time in six months, Dave, equipment manager at a prominent Georgia construction company, got the all-too-familiar call that a backhoe was missing from its jobsite.

Previously, his three stolen machines were equipped with recovery systems that relied on police response alone. When none of them were recovered, his insurance skyrocketed and he opted to protect his equipment with the robust TITAN Equipment Monitoring System. That decision paid off immediately.

Seconds after receiving the stolen machine report from his foreman, Dave sat down at his computer and “pinged” the missing machine for its location. A minute later the TITAN pinpointed the backhoe just under a mile away from its jobsite.

Several employees quickly arrived at that location to find the John Deere 410E in a heavily forested area, expertly wedged in a crevice between several large trees.

This practice of stashing equipment in remote areas is a common and effective one for professional thieves. Criminals enter the jobsite in the middle of the day and drive the machine out to a predetermined “safe” location, the tree crevice in this instance. Several weeks later, after search efforts die down, the thieves return for their spoils.

Footnote: This case was from 2010 - that's how long we’ve been helping our customers find their edge.

Thank you! Your submission has been received!
Oops! Something went wrong while submitting the form.